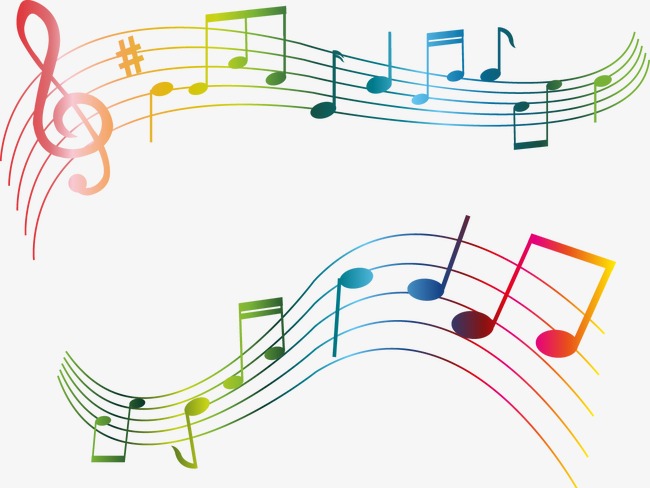 In amongst the suite of opportunities to help better our performance are the services of a mentor and coach. People who are wise in process more so than in content, and who help guide, reflect and share lessons to focus and accelerate our learning.

There was a time when such people were like the reclusive oracle whose advice you sought but whose visit remained secret. But today conversations with mentors and coaches abound as evidenced by headlines such as the following noted in Marketplace “In the last ten years the coaching industry has exploded”.

Even in sport, the role of coach has extended beyond performance to one of confidente … and in return players not only bump up their commitment but also their abilities.

Who is a mentor?

Who is a mentor? What role do they play? And perhaps a response to these questions is reflected by the following perspective:

“The role of the mentor is to make you reflect, not to give you advice or answers. Helping you ask the right questions–that’s real mentorship,” explains Marten Mickos, CEO of HackerOne in the Forbes article ‘8 Tips for an amazing mentor relationship’ by Laurence Bradford.

Or from the previously mentioned Marketplace and the perspectives of Noel Theodosiou “I would attribute a lot of my success to the way coaching has changed my perspective, and made some things easier and made me prioritize my emotional energy and my time.”

If you’re on the lookout for a mentor in the latter months of 2018 try engaging the services of the ‘song lyric’ within music – they’re free, in bountiful supply and can be a constant companion.

And their connection to being a mentor is how their treasure trove of wise and rich insights, mix of quotes and sayings together with a motley mix of perspectives invite reflective thought, enrich meanings, and even excite our motivation.

Granted they might not be so good at goal setting, personalised action planning, holding us accountable and other elements of a typical mentor. But I still believe they offer a wealth of opportunity and to illustrate I’ve provided the following mix of song lyrics within an array of different themes relevant to experiencing life. And with each set of lyrics I’ve included some questions to help broaden the context of the lyrics.

In sharing a focus on lyrics I’d like to mention that I never dismiss the emotive power of its complementary partner … the music score itself. As per the words of the famous pianist Johann Bach … It is the special province of music to move the heart. And perhaps this ability to communicate message beyond words is what makes it a powerful means of influence. Certainly this is what J.K. Rowling thought for not even the magic within her world of Harry Potter could surpasse it:

Ah, music,” he said, wiping his eyes. “A magic beyond all we do here!

And so on to our musical performance of song and lyrics …

Hello … the importance of first greetings

Hello … a simple yet important word that has often started many relationships. A word that we can sometimes skip over and take for granted despite its value in helping us honour the other person and in evoking a greeting full of meaning.

In Fiji they say Bulla with head held high, in Japan they bow and say Konnichiwa (a shortened phrase of what was traditionally used within a longer greeting more specific to the context in which it was used).

Complementing Hello Hello are lyrics from the Canadian band Rush – begin the day with a friendly voice. A reminder that we can choose the attitude with which we start the day? How about you … how do you greet the first person you meet? … the first colleague you ‘bump into’? … your first task? … your last task … and everything inbetween?

Uriah Heep are a band that started in the late 1960’s and have since produced scores of albums – from their 1972 album ‘Demons and Wizards’ and their song ‘The Wizard’ are the following words which continue to remind me to park my judgements when greeting and spending time with people:

why don’t we listen to the voices in our heart ….. cause then i’d know we find we’re not so far apart

If per chance people happen to fumble and do the wrong thing do we flick them off or do we stand with them in support … as per the words sung by the powerful Chrissie Hynde of the Pretenders:

I’ll stand by you

(A side note – The above two perspectives complement the philosophy of ‘positive intention’ – that is, that each individual behaves from a position of positive intention … whether they are right or wrong is a social overlay and can confuse and distort our ability to better understand that person and in turn help them adopt a more effective behavioural strategy.)

Songs evoke all sorts of emotions and motivations … some of which feed into our motivation for doing better and gaining a sense of worth and belonging. Relevant to this context are the following question and lyrics: … Are we bringing our best game into play? Are we doing the best we can with what we’ve got before we default to excuses?

We begin with Sir Elton John and his song …’Your Song’

Don’t have much money but boy, if I did – I’d buy a big house where we both could live

If I was a sculptor but then again, no – Or a man who makes potions in a traveling show

What is your song? What is your gift to the world? Even if you feel you might be lacking take heart with the words from J. Cole … We ain’t picture perfect but we worth the picture still.

Or from the words of the wonderful Cyndi Lauper, the woman with flair, colour and purpose:

But I see your true colors / Shining through

Or perhaps the words of Peter Bradley Adams within his song ‘Ohio’:

Don’t stop Ohio, don’t stop until you smile, and I’ll watch you as you dance out the door.

And whatever it is we do let us be reminded of staying true to ourselves … in the words of Nardi Simpson and Kaleena Briggs, two beautiful, entertaining and spirited First Nations women of Australia who are the band The Stiff Gins … I love with a true heart.

With a sense of aspiration

What is your aspiration and how far does it reach? Deborah Conway has been on the music scene for years and I still remember seeing a few of her performances in the suburban pubs of Sydney … first with the rock band Do-Ré-Mi in the 1980’s, then solo and with others in the 1990’s and beyond. Her song ‘Under my skin’ picks up on this theme of aspiration:

Flying to the moon, playing amongst the stars

Perhaps we might find aspiration in the song Somewhere Over the Rainbow, which was originally sung by Judy Garland in 1939 (Wizard of Oz) and has since remained popular with many other singers. The more recent version is by the late Israel Kamakawiwo’Ole … and I believe his beautiful vocals which is so characteristics of polyneasian singers makes listening to this song a peaceful and calming experience whilst the lyrics continue to evoke aspirations and dreams.

Trekking back to a time when band members wore silky long tight pants, with equally long but not so tight hair we listen in on the band Journey

Some will win, some will lose – Some were born to sing the blues

Whether you win or lose is up to you and your measure of success. When will you know you’ve won? When will you be successful? What measure will you use to know you are successful? Which is a sequel to mentioning more band members that once wore tights … this time Led Zepplin‘s and their timeless song ‘Stairway to Heaven’:

Yes, there are two paths you can go by, but in the long run

There’s still time to change the road you’re on

And it makes me wonder

On this journey of life, with all its detours and empty streets crafting themselves in the tapestry of rich landscapes … the wonder of learning can remain a friend. As per the following words of Alanis Morissette from her famed album ‘Jagged Little Pill’

You cry you learn / You lose you learn

You bleed you learn / You scream you learn

And with respect to landscape and in particular the

Care toward others, ourselves and the land

Neil Murray – an insurmountable Australian speaking of the land through the land, continues to be one of many voices for the First Nations People of Australia who have cared for Country for tens of thousands of years … His following song provokes us to question … how well do we care for this same Country? From his song ‘Native Born’ … Australia, where have your caretakers gone?

This quality and practice of showing care relates to the previous discussion on helping others feel they have a sense of worth and belonging. For I believe this quest of feeling we belong (to somewhere and to someone) is a massive and often unspoken quest … for me it is one of the core tenets of leadership. As per the words of the ever poetic Suzanne Vega in her song ‘We of Me’:

The world is – A sudden place

If you don’t – Belong to anything

It all starts with you

We reflect back to our previous discussion on choices, to remind ourselves that we need to hold ourselves accountable. As per the wonderfully talented late Michael Jackson:

It is up to us. To hold ourselves accountable. To seek out and better understand. To let others know about us so we can better share our collective gifts. We need to listen to the wise words beyond what we want to hear and which we sometimes disregard … as per the words of the song ‘The Boxer’ by Simon and Garfunkel

This can sometimes be the toughest task because it often requires a good look at oneself, at challenging our bias, and facing up to the challenge of overcoming adversarial qualities that could well be casted as an antagonist within Joseph Campbell’s ‘The Hero’s Journey’.

I could go on but I trust and hope this post has provided you with some ideas on how the song lyric within music can be a mentor to help you find inspiration, insight and perspectives of wisdom. And now as we part company I’d like to share a sentiment through the words of Adele … I wish nothing but the best for you.

And just per chance you get tired of listening to lyrics try writing your own. Research points to the benefit of writing songs to better know and understand ourselves and others, and to better express ourselves. Hmmm … ‘express yourself‘ … I’m sure someone did a song about that phrase 🙂

A note to Rush

My ultimate mentor in the world of music and lyrics is the 3 piece band Rush – and in particular Neil Peart who is the key lyrist and drummer. If you’re out there somewhere thanks for the tunes and the awesome lyrics you’ve written over the years.