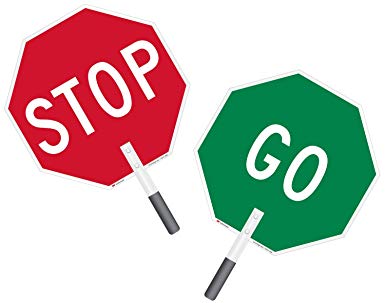 Next time you’re in a meeting or within a conversation listen to how many times ‘yes but‘ is used. It will typically be the context of a person ‘agreeing’ with part of what has just been said whilst then putting forward an alternative perspective.

Default use of ‘yes but’

Use of ‘yes but‘ is often a default response that can evoke feelings of resistance, dismissal and confrontation, and that the other person(s) hasn’t made the effort to explore and understand the potential value of an idea beyond its ‘face value’.

It can also focus the interaction on argument and defending a position vs seeking understanding and common ground. And this obviously goes for all parties involved – i.e. it is just as important for me to communicate my idea (position) as it is to seek an understanding of the positions being held by other parties.

An exposé on ‘yes and‘

To balance the ledger the phrase ‘yes and‘ has been stretching its literary wings into the everyday business world after been spawned from the world of improvisation. If you haven’t come across this phrase, ‘yes and’ encourages us to replace ‘yes but’ with ‘yes and’ with the aim of delaying our judgemental filters and better explore the value and merits of an idea.

With our previous examples of ‘yes but’, these can be flipped to the following ‘yes and’ statements:

So ‘yes and‘ is a useful allay when needing to generate ideas and options. It is also useful when seeking greater and deeper understanding – e.g. within a ‘conflict’ based situation our default mode is to become defensive whilst a ‘yes and‘ approach is to look for the ‘offers’ of how we could build rapport and seek a shared value resolution.

With this widespread advocacy for the use ‘yes and‘ in lieu of ‘yes but‘ it seems that the latter is being dismissed … to be shelved and deemed a discard.

The many faces of ‘yes but’

But … ‘yes but’ does have positive value and it all depends on which way it ‘kicks’ at the end … does it ‘kick down’ or ‘kick up’?

If the statement is a positive followed by a negative then it ‘kicks down’ – e.g. You presented so well and the credentials you demonstrated were absolutely superb but we’re giving the project to someone else. Boom and ouch!

However if the statement is a negative followed by a positive then it ‘kicks up’ – e.g. You were up against it as every other candidate had more experience than what you were able to demonstrate but the way you nailed the questions was impressive and so we’re giving you the project. Yeeharr!

Using these examples it seems that ‘yes but’ has more than the one face, and perhaps it doesn’t need to be discarded afterall!

Perhaps we can use it to our benefit when looking for positives – e.g. I’m no good at so and so but I’m pretty damn good at this and that. This brings a focus to what I am good at by seeking to have the statement ‘kick up’.

Perhaps we can use it to take the pressure of our mistakes – e.g. I sure stuffed up that play but it was the only mistake I made for the whole game. Again, we seek to focus on the good points by having the statement ‘kick up’.

To bring our ‘yes and‘ ally back into play we can still find value within the ‘negative’ part of a statement. Using the above example where I say ‘I’m no good at so and so you could ask how important it is for me to be good at the ‘so and so’ to get an idea of how significant it is within the bigger picture of life. And if it is significant then perhaps ask for evidence of how I believe I’m no good or what reference I am using to measure my abilities.

Having an understanding of how both ‘yes but’ and ‘yes and’ works can be a powerful resource within our communication activities and in particular when seeking understanding, opportunities and good solid ‘human connection’.